'Of all of the people that I used to know
Most never adjusted to the great big world'
-- Randy Newman, It's Money That Matters
I once played a tournament that started with twelve tables of players. An incident occurred when there were eight tables left that made me realize how tournaments offer up mental 'tricks' or false promised that distract most players from the job at hand: winning. More precisely the goal that should be in your mind as a player is maximizing your own financial expectation.
I played an Omaha High Low hand against two opponents. We were playing 150/300. The first player limped. I raised with AQ42. The big blind called. The original limper made it three bets. I looked over and saw he had 100 in chips left. Since 100 is more than half I bet I knew I could raise him on the flop and make it more difficult for the big blind to call, so I didn't cap the betting pre-flop. At the same time I was quite sure the limper did not have AAxx or even another large pair since he limped preflop (and was not one of those weak players who limps with everything) .
The flop came about as bad as it could for my hand: JJ9. The limper bet all-in, and I raised to 250. The big blind showed T8 (presumably also holding and ace and an unknown card) and folded.
The limper turned over AK73, a better hand than I expected, but still that didn't matter. My principal goal was to get the big blind out of the hand. When the big blind player (a very experienced player) saw my hand he commented that I had just made the strangest play he had ever seen me make. I was surprised by that since I would have thought my play to isolate against an all-in player is straightforward. But then he went on to say: 'I thought you knew the object here is to eliminate players.'
I was flabbergasted so much that my mouth moved faster than my brain and I proceeded to 'teach' at the table. I said, 'That sure isn't my object. My object is to win the tournament!' As I mention above, the real object is to maximize your financial expectation, but at this point, with 8 of 13 tables still in action and me holding average chips, my focus is simply on winning.
With 18 being paid, going from 72 to 71 players was just about the last thing on my mind. I was thinking about how we started with 2000 in chips, how 1/3 of the players were out, how an average stack was 3000, how I started the hand with 2800, and how there was 1425 in this pot before the flop (450x3, plus a 75 small blind). Then I was also thinking about how I wanted to only have to beat one player instead of two to win this pot, and how I could probably do that by raising the limper's 100 all-in bet. After the limper went all-in there was 1525 in the pot. I was gleefully happy to be able to play against him for only 100, getting better than 15-1 on my money for an amount of chips equal to about 72% of my current stack (2800-550=2250 while the pot was 1625 after my 100 matched his all-in bet).
Additionally, I assumed the limper would bet all-in regardless of what he had, so I thought there was a good chance my AQ was good at that point against his hand. As it turns out he had the best of it with AK, but I still could win by catching a Q, 4 or 2, or making a Broadway straight. As it happens, even though I was an underdog instead of a favorite, I had about a 30% chance of winning the pot.. meaning I was getting 15 to 1 on my money but was only a 3.33 to 1 underdog! Now those are great pot odds.
Also note that my opponent laid down ten-eight. If I let him stay in, if it came a queen I would have lost, leaving my best outs to be catching a 4 or a 2 and then a non King, ten, eight, seven (or a three in the case of it coming deuce), plus the big blind's other card assuming one of his cards was an ace. So, in other words, if I would have allowed the big blind in, instead of getting great pot odds, my chances of winning this nice pot would have been tiny (especially if the big blind's unknown card was a 4 or a 2, in which I would have to split the pot sometimes).
Now considering all this, the big blind should have said, 'wow, nice raise to get yourself better pot equity and increase your chance of winning the tournament.' But instead he focused on the utterly trivial point of increasing the chances of eliminating the 72nd player.
When playing a tournament there are times when eliminating a player becomes so important you should check down almost any hand to the river. The two most common times this would happen is when you are one out of the money, or when you are three handed. (Typically second gets paid double what third gets so any pot equity is less important than that large jump in real money.)
Eliminating players in a tournament is important. To win, everyone else must be eliminated. But it is not the most important consideration, and at some times it is an utterly trivial one. Your tournament actions should be dictated by one consistent goal -- maximizing your financial expectation. Sometimes this even means NOT trying to eliminate players (like when a tournament is one or two players out of the money and you have a big stack and are able to steal the blinds virtually every hand.. the longer this situation sustains itself, the better for you.)

Surprisingly, most people play without positive expectation being their primary motivator, and that is great for those playing to win. The challenge of a poker tournament is to always play in whatever way is in your best financial interest. That's it. Often this will mean trying to eliminate opponents, while sometimes that consideration is irrelevant. Remember, it's the money that matters.

See also Making Money From Tournament Poker, Win Tournaments, Not Hands, and Man at the Top

Many professional players will suggest you be good at managing your money during poker as the activity you have. If you win the first game of poker online Indonesia you chose, then you might use it no matter what for betting on another game because you might think you can get another chance to win again. However, when you choose luck-based games, it might be so hard for you to know when to win the game so you might waste what you won.

After winning one session of the game, you probably don’t want to leave. You might stay log in on the game to continue the good session where you can win again. And make it happen for the last time before logging out. However, the solid performance is based on the great money management which you can set the winning goal as well as the loss limit float with little bit adjustment in both targets every time you win the game of poker online Indonesia, visit bosbobet88.com for more details. You can narrow the winning goal by about 20% of the loss limit.

Never put 50% of the gain directly on one game. Set the loss limit bigger than the win goal because victory can’t happen too often on the game. By adjusting and managing your win and loss, you can get more on the game. For example, you have 100 as your bankroll. You set the win goal for about 20. If you can win the game at about 20, you can get about 120. It means, you have reached your win goal. If you want to extend the win goal, then it may affect the loss limit too because those two can’t be separated at all.

It is very nice to have the winning streak and you can add little by little to increase the win goal. Make sure to get the precise amount of the money so you can feel the benefits easily. You need time to set everything and you can’t just get what you want directly in poker online Indonesia. This is the best idea not to force yourself in everything. If you want to be a successful player in poker online Indonesia, most people suggest you to set the win goal but it is too limiting.

Managing the money in poker online Indonesia is not that easy because you have to know how to divide your winning money to bet. 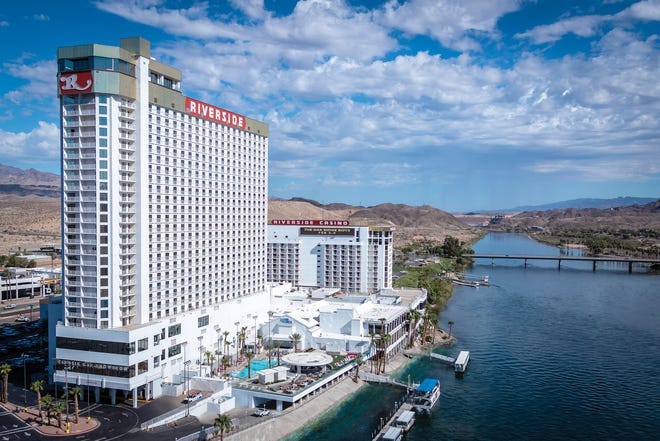 How to Use Jackpot of Poker Online so Well

Everybody wants to get the jackpot when poker. However, it is not easy because the casino will not put the prize so high if players can reach it easily. When you are coincidentally reaching the big hit of a jackpot, you want to spend more. However, don’t repeat the same sad story in poker online Indonesia. You really want to go home with big prize but what will happen if you lose them all at once? Big prize gives you an extension to survive on the game but it will not be easy at all.

If you get 1000 as the jackpot or perhaps just the big win, don’t bet them all at once on the same game because there is no guarantee at all that you can get it back in the same amount at least. Another half of the winning money can be used for other things outside poker online Indonesia and it is all up to you. If you really want to use them all to bet, then you might hope for the best luck so you can win the game, otherwise, you can regret it all. When you want to set the loss limit in a higher amount for the same game, you may do it too. Red rooster slots.

It will work that way. If you want to enjoy the winning money you may not get it again in short time, it is up to you. You can treat your family for dinner, you can give them a gift or anything you never do until this time. If you want to save your money for the future, it is the best thing you can do because you will have enough savings to prepare for something unexpected. The life-changing prize sometimes makes you confused to choose what to do with your money because somehow, not all people ever hold the big prize.

It is normal and natural for you to gamble with extra money since you get lots of bucks in your hand. However, don’t make jackpot as the ordinary prize with no story at all because what you want is remembering the jackpot for the rest of your life until you can get it again someday. If you want to use the jackpot money, use only half of it and no more. Though you might really want to use it again and again, you have to hold yourself. It is better if you already allocate it to your bank account so you can’t see them around.

Jackpot is something you need to pay attention to. Don’t forget that you have put so much effort to get the big prize of poker online so don’t waste it in just one time because you might not feel the benefits of poker at all in your life and this is something bad for the future.